TEC Talks: What Do We Value? The Ethics of Tech Accountability

Conspiracy theories and other false claims have always been part of our discourse, even (and perhaps especially) our politics. But modern technologies seem to have changed the scale of the problem, with profound implications for our culture and for democracy. This series focuses on the role of technology in promoting mis- and disinformation, the ethical problems that creates, and the technical, legal, and institutional responses best suited to our modern challenges.

Read the biographies of the speaker here: What Do We Value? The Ethics of Tech Accountability

There is a conflict of value systems between engineering, which optimizes for efficiency, and democracy which treasures enlightenment values such as self-determination, Roger McNamee, author of the New York Times bestseller, Zucked: Waking Up to the Facebook Catastrophe, opened his talk by stating.  When a software system reaches nationwide scale, a conflict emerges between efficiency and those systems which value personal choice and the ability to express oneself through self-determining democratic systems. Ifeoma Ozoma, founder and principal of Earthseed, opened her part of the talk with a related statement, that there is not a lack of values in tech today, simply just a value system that prioritizes profitability.  This, by default, has curtailed prioritization of other values such as safety and fairness.  She used the example of the platforms’ pursuit of engagement by defending the freedom of speech as a universal right and an excuse for not removing harmful content, suggesting that actually only creates a safe space for certain people and derails the engagement or speech opportunities for all others on the platform.  Ozoma agreed with McNamee that this structure, which functions essentially as a 50/50 power split between engineering and business, is also another way of showing that platforms inarguably prioritize growth over other values, and valuing growth over “actual human beings” creates the sort of problems we face on social media today.

On the topic of scale, McNamee pointed out that one of the major problems is that consumers facially enjoy the platforms’ engagement model-it ensures lots of dopamine hits.  He said the scale of these platforms however has undermined democratic values, and derailed democracies already as a result (using the examples of Brexit and several other elections worldwide).  He also discussed the “Real Facebook Oversight Board” which criticizes the Facebook Oversight Board, which he also criticized as overly legalistic and functioning merely as a complaint system.  That system does not sufficiently address the broader responsibility that Facebook must acknowledge they have in ensuring the information ecosystem is not diluted or polluted by problematic posts.  Ozoma agreed that the Facebook Oversight Board was insufficient, and did nothing to address the overall responsibility Facebook’s actual board has.  Ozoma suggested real change might come if Zuckerburg’s majority control of Facebook’s board was addressed.  Ozoma also said scale itself is not an issue; rather safety needs to be prioritized, regardless of the scale of the platform.  By safety, Ozoma suggested focusing on ethics and values that ensure everything from thoughtfulness across product surfaces from problematic posts to recommendation algorithms.  McNamee punctuated this point with a reminder that Section 230’s effective blanket immunity has prevented any accountability on the part of tech companies to anticipate or mitigate harm.

The speakers were pressed on the specific types of harms being created.  Ozoma highlighted the harms of health misinformation, and argued that understanding health misinformation systems can shed light on all topics of misinformation systems.  The lack of focus on the communities being harmed ultimately results in everyone being harmed, because the exact same strategies that are first used in small minority groups are recycled with new topics and messaging across larger groups.  McNamee argued that the platforms profit enormously from misinformation systems, because they boost engagement.  He also argued we should dismiss out of hand any claim from platforms that they were not aware of their role in the problem.

McNamee raised the way conspiracy theories proliferate across platforms, and how this is core to the business model of the platforms because hate speech, disinformation, and misinformation are all the types of posts that maximize engagement on the platforms.  He said the two realities that such proliferation has created should be addressed.  Ozoma highlighted the work of tech ethicists raising these issues and then being pushed out of the companies, such as the recent case of Timnit Gebru being hired as a tech ethicist at Google and subsequently being pushed out of Google.  Ozoma urged listeners to be aware of the power that non-disclosure agreements have in this process, since the companies as a result of these, control all information to conduct true research, and thus control the narrative by deciding who to share this information with.

In short, they both highlighted that there would be a true cost to the bottom line of platforms if they were to consider safety as a value.  McNamee argued this means regulation is key.  Elizabeth asked if misinformation and disinformation are merely symptoms of the greater problem, what would regulation look like and what would it address?  McNamee suggested a focus on privacy as a form of self-determination, as well as regulation addressing data sharing, ownership, and other aspects that undermine user control over their own data.  He also recommended a greater focus on safety, meaning punishing engineers even directly for their poor designs like we do other physical engineering industries.  Third, he recommended pursuing antitrust actions more seriously, especially to use the threat of criminal jail sentences as leverage to get a better set of outcomes.  Ozoma recommended a focus on worker power.  First, increasing worker protections including better whistleblower protections and decoupling healthcare costs from employment in order to ensure everyone has the equal freedom to speak up against wrongdoing.  This would enable workers to share more freely about the details and nuances in day-to-day decision-making that undermine user privacy, for example.  She recommended the legislation being pushed right now in California as a sample law that addresses these issues with solutions.  McNamee echoed that democratic engagement is paramount right now to address these core ethical concerns. 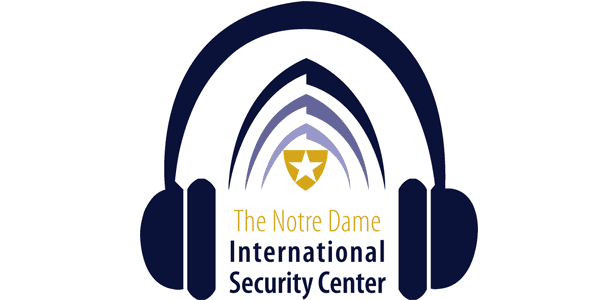 Madman Theory: The Causes and Effects of Reputations for Madness in International Politics

Roseanne W. McManus is an Associate Professor in the Political Science Department at the Pennsylvania State University. Her research focuses on signaling and coercion in an... In this episode of ‘Students Talk Security’, Dr. Farr, the leading expert in the interconnection between international religious freedom, human rights, and United States...