At the end of Pope Francis’ first five years in the papacy, this panel evaluates how he is calling the Church to encounter a deeper human experience by valuing diversity through interreligious dialogue, practicing care for others through small acts, and understanding the polarizing effect of the Church’s path foward. Panelists include Anne Thompson, Julie Hanlon Rubio, and Anantanand Rambachan.

This panel was a part of “Five Years of Pope Francis’ Papacy: Prospects for Peace, the Poor, and the Planet,” which marks the fifth anniversary of Pope Francis’ papacy by exploring its major geopolitical, ecumenical, and cultural themes. It was sponsored by the Center for Social Concerns; cosponsored by the Cushwa Center for the Study of American Catholicism, Institute for Latino Studies, and Keough School of Global Affairs. Garden Like a Champion Today! The Role of Native Plants for the Home Gardener

Virtues & Vocations is a national forum hosted by the Center for Social Concerns at the University of Notre for scholars and practitioners across disciplines to consider how best... 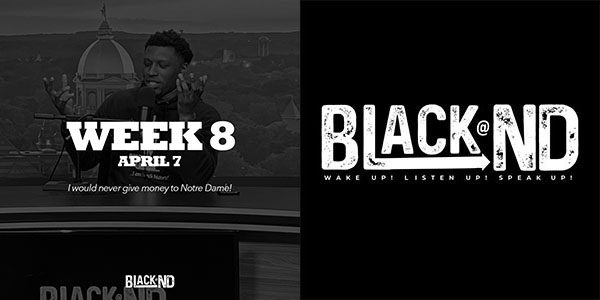 Q: Would you donate to #NotreDame? A: Uhh, why would I donate to a school that funds private prisons? Host: Emorja Roberson Co-hosts: Euda Fils, Daut’e Martin